Radiflow’s iSID Industrial Threat Detection System for SCADA networks is a server-based software that analyzes the OT network traffic in order to protect against cyber threats.

iSID combines two distinct competences: SCADA/ICS modeling and Anomaly detection. It receives a parallel (mirrored) stream of all network traffic and analyzes it to both generate and display a network topology model, and serve as a baseline for detecting exceptions indicating unauthorized traffic.

iSID’s functionality can be further enhanced through integration with third-party solution providers’ offerings, including Production Database (Historian) Value Analysis from Aperio and Vulnerability Intelligence from dark-web sources by Sixgill. 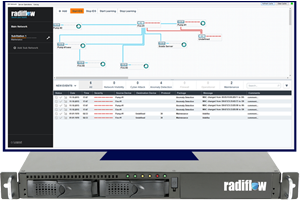