Detection of a Crypto-Mining Malware Attack at a Water Utility
February 23, 2018
Download this Case Study in PDF format
Synopsis:

Cyber-mining malware enables crypto-currency miners to use some of the processing power of an infected computer for mining cyber-currency.

This case study describes the process of detecting and eliminating the malware on SCADA servers operated by a water utility. The process utilized Radiflow’s iSID for analyzing network traffic captured by Radiflow Smart Probes.

Once iSID detected abnormal activity it was able to indicate the port and destination IP address used for the attack, which were used to update the utility’s anti-virus and firewall rules and prevent the recurrence of such attacks.

In the case described in this paper, the network attacked by crypto-mining malware belonged to a water utility. As it was used primarily for serving a cloud-based OT analytics system and for remote maintenance, the water utility’s network needed to be connected to the internet.

The process of detecting and eliminating malware on the utility’s SCADA network started with connecting iSID to the network. iSID is Radiflow’s multi-engine platform for monitoring SCADA networks. It includes six engines for detecting known vulnerabilities, topology anomalies and asset management.

On January 21st, 2018 , Radiflow’s iSID Intrusion Detection System was connected to the network, using a Radiflow Smart-Probe. The Smart-Probe enables deploying iSID at a central location and sending a mirrored network traffic stream through using a secure IP tunnel, through diodes, to iSID.

Later that day, the first events began to come in from iSID’s engines:

Looking up the destination IP address (using Virus Total) did not lead to any malicious site. While (securely) visiting this IP address, we found that it belonged to a “MinerCircle Monero Pool” (http://xmr-4.minercircle.com) .

A visit to Monero’s mining site revealed that there are several other mining pools: 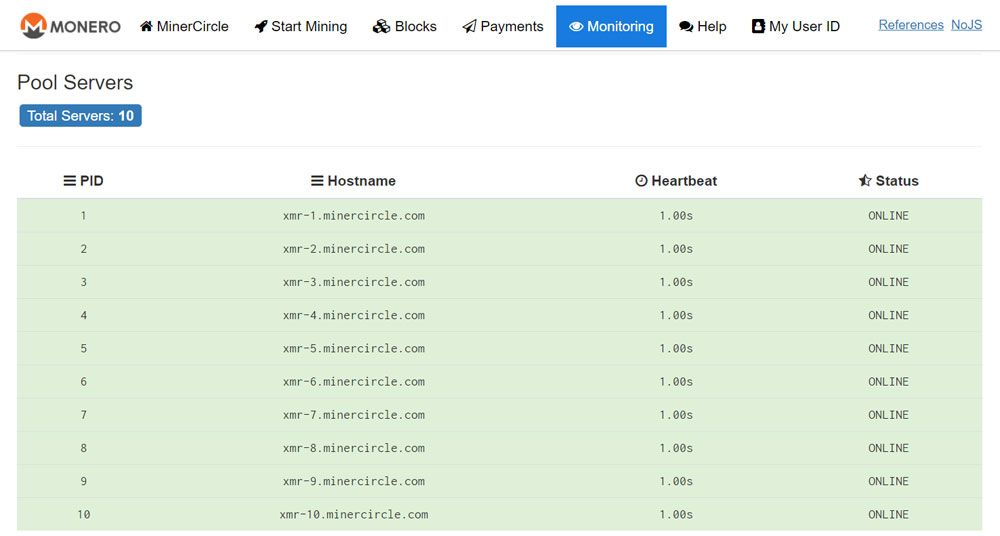 One of the most useful features of iSID, as pertains to this case, is the ability to quickly add new activity signatures and backwards-scan them. We loaded iSID with two signatures: 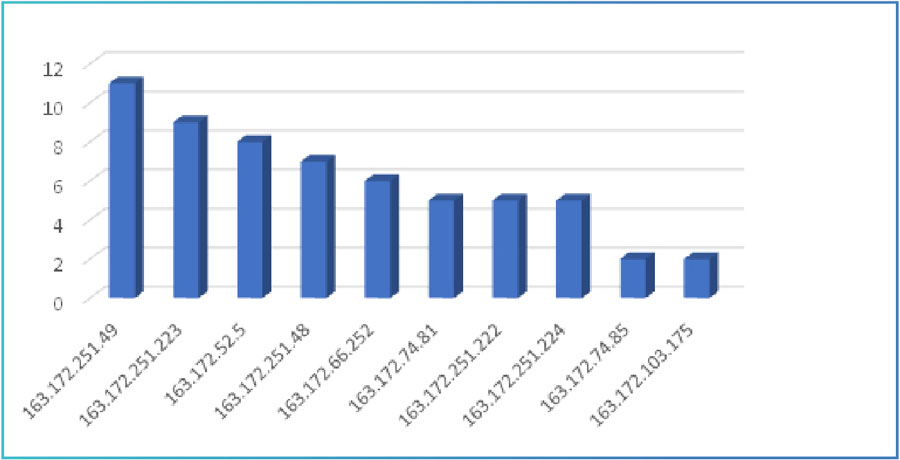 Samples of communication time and first time seen for each IP address. (source IP addresses were masked to protect the customer information.)

Eventually, the mitigation plan included updating the AV on some servers where it was possible, as well as tightening the firewall configuration. The updated AV detected the CoinMiner malware, as expected.

During the recovery process, iSID continued to monitor the network and collect forensics data, including pcap files and payloads sent during the malicious communications.

Effects on the SCADA Network

Thus, a server infected by a miner malware creates a problematic situation, since SCADA vendors enforce specific hardware requirements for their software, and provide assurances only for those hardware specifications (but not for degraded hardware.)

In this case the hardware platform indeed met the SCADA vendor’s hardware requirements; however the miner malware had degraded the actual resources left for the operational SCADA software, increasing the risk for operational faults.

Another effect is the increased amount of traffic sent over the internet. In this case, about 40% of the traffic was classified as related to mining operations – causing overall bandwidth consumption to increase by 60% (!) For limited-bandwidth networks, this poses the risk of creating a bottleneck in the facility’s operational data-streams.

Conclusion: best practices in protecting SCADA servers against crypto-mining (and other) malware

What is crypto-mining, and why are SCADA Servers attacked?

Just like minerals, crypto-currencies need to be “crypto-mined,” using resource-intensive software to validate Blockchain (a layered framework for secure, distributed ledgering) transactions. For their efforts, miners are awarded new units of cryptocurrency.

As the price of crypto-currency rose crypto-mining has become more lucrative; however with more people mining virtual currencies, the process of generating hashes, or keys, for Blockchain validation, has become far more complex.

The high gains in crypto-mining created the incentive to use malware that hijacks the processing power of infected computers for mining. It is estimated that over 20% of all enterprises have been affected by crypto-mining malware.

High-powered internet-connected computers, such as SCADA servers, are prime candidates for crypto-mining malware attacks. SCADA servers are typically very powerful; they are accessible remotely by design; and many lack adequate protection, on both the individual server and the network levels.

To make things worse, SCADA servers are typically unmanned, meaning that a crypto-mining malware attack would go unnoticed for a long time.